We are more than happy to continue the tradition of sharing with you the highlights of the previous year. Have a look at what we achieved in 2020 – it was another amazing and exciting year!

1. The Intuition-1 mission hit some important milestones! We tested the mission-tailored data processing computer – Leopard – in near-real conditions (climate chamber, thermal vacuum chamber, vibration tests, functional tests). Based on these results, we have started working on the next generation of this computer and we are shortly starting assembly and alignment of the optical instrument. In addition, we have developed most of the software, including neural networks for hyperspectral image analysis. Thanks for all the amazing work in 2020 – Intuition-1 team! This year will be the year we release our first fully functional products! 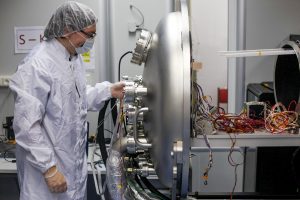 2. We reached perfect product synergy by developing the Smart Mission Ecosystem (SME). SME is a set of hardware, software and AI-powered algorithms designed to bring autonomy into demanding space missions. It supports the complete lifecycle of advanced missions from analysis and design – through faster satellite integration thanks to the built-in algorithms, software and hardware-in-the-loop tests – to the increased reliability of operations in space and the on-board data processing supported by AI. We designed SME with a holistic approach to enable on-board data processing on the payload and satellite level, as well as to ensure safer and more fault-tolerant missions as it brings together the hardware, software and AI-powered algorithms to complete even the most demanding missions. Our Intuition-1 mission will be equipped with three components of SME: Leopard DPU enabling on-board data processing, a modular software programme Oryx and a group of on-board AI-powered algorithms –The Herd. 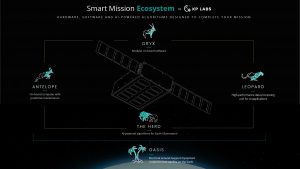 3. Little Oryx. We did it! The KP Labs Programming Team developed a new version of the software controlling the PW-Sat2 satellite – the fourth Polish object in space. A modular flight software – Oryx – was uploaded in the pre-existing PW Sat2 mission. Be sure to check out our case study. 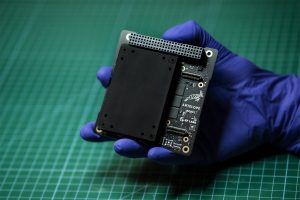 5. Our team won an award at the IEEE Geoscience and Remote Sensing Society 2020 Interactive Session Prize Paper Award at IEEE IGARSS. The article was submitted a year earlier – in 2019 at the IGARSS conference in Yokohama, Michal Kawulokł and Jakub Nalepa presented a poster concerning the publication: M. Kawulok, S. Piechaczek, K. Hrynczenko, P. Benecki, D. Kostrzewa, and J. Nalepa, “On training deep networks for satellite image super-resolution,” in IGARSS 2019- 2019 IEEE International Geoscience and Remote Sensing Symposium. IEEE, 2019, pp. 3125–3128. The GRSS established the Interactive Session Prize Paper Award to recognize the authors who posted at the GRSS Symposium (IGARSS) an exceptional paper in terms of content and impact on the GRSS. And… finally, out of over 1.5 thousand posters, ours was chosen! 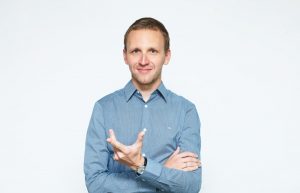 7. We are proud to have won first place! – KP Labs in the competition announced by Phi Lab for PhiSat 2 together with CGI, Ubotica, Simera CH Innovative, CEiiA, GEO-K.

8. Our COO Michal Zachara became a member of the Polish Space Agency (POLSA) Board.

9. We were nominated by the Polish Space Agency for the XVIII edition of the Presidential Economic Award! From hundreds of companies applying for the award, KP Labs was shortlisted among two other companies in the category Startup_PL. The winners will be announced during a gala in 2021.

10. Last year our team published 13 articles: additionally, there were 10 lectures at scientific and semi-scientific conferences.

One more extra piece of news! As many as 9 new people joined KP Labs. We are happy to have you all on board!